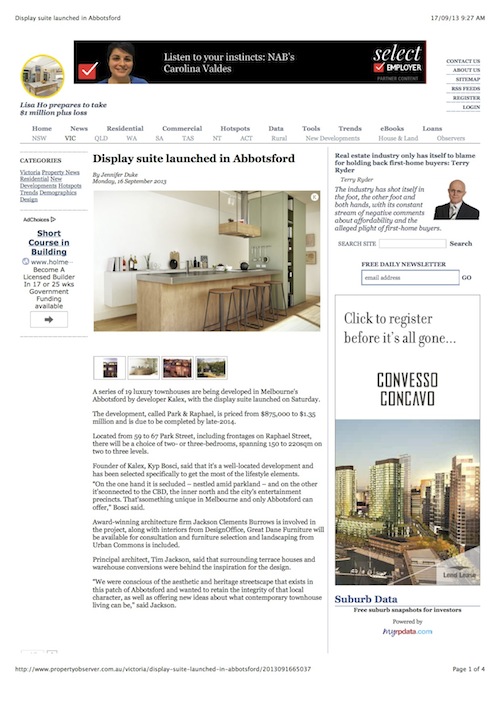 A series of 19 luxury townhouses are being developed in Melbourne’s Abbotsford by developer Kalex, with the display suite launched on Saturday.

Located from 59 to 67 Park Street, including frontages on Raphael Street, there will be a choice of two- or three-bedrooms, spanning 150 to 220sqm on two to three levels.

© Kalex Melbourne - Made with steel by Little Red Jet